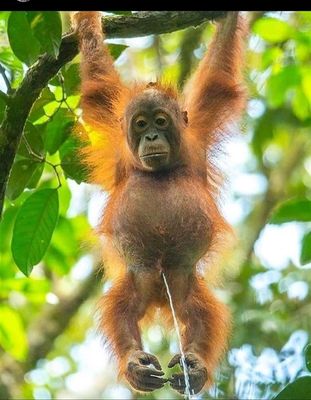 Politicians and their health bureaucracy advisers, as well as international organizations such as the WHO, the CDC, the EMA, the Robert Koch Institut, the EMA and many others like it, say that their views and measures ordered on the basis of these are scientifically justified. Indeed, they are Science tout court and in any case they gather scientific consensus around them, whatever is meant by this expression. In front of a confused, frightened and disoriented public they want to make believe that any critical position comes from conspiracy theorists or far-right militants, while professional dissent is kept at bay with silence, censorship and armed guard action of the professional orders. Of course none of these statements make the slightest sense and stand up to even a superficial analysis, indeed here we see at work one of the most used tactics to make statements truth without any confirmation: an authority says something that is sold as a science and is cited avalanche from the media media maistream even though there is absolutely nothing behind it - no study, no textbook, no investigation. The free affirmation method is often used when studies just cannot provide any support. A school case is that of the chief scientist of the WHO, Soumya Swaminathan: to try to get ivermectin removed by all Indian states, he said that "safety and efficacy are important when using any drug for new indications . Therefore, the WHO advises against the use of Ivermectin against Covid 19 "Swaminathan is now accused in front of the high court in Bombay for having misinformed and in fact many claims made by this" irresponsible " 'World Health Organization to hide that there are dozens of studies that testify to the effectiveness of this drug. Which is precisely what is not wanted: if effective drugs exist there would be no more medical emergency and the pandemic declaration would have to be withdrawn. This would eliminate the justification and legal and medical basis for continuous testing, masks, blockages and, above all, for the approval of experimental vaccines. Then there is the even more disgusting method of deliberately false scientific study. An example is that concerning vitamin D which is effective in effectively combating viral infections including coronavirus: the universities of Cordoba and Barcelona had administered the bioactive form of vitamin D to patients who were hospitalized. This has drastically reduced ICU admissions and deaths. This finding was contrasted by a study in which vitamin D was administered not in its bioactive form and after one week, no difference was found compared to the control group. This is absolutely understandable, because the conversion of the vitamin into the bioactive 25-hydroxy Vitamin D takes just 7-8 days. But in the meantime after a week the counter study has stopped which means either that it was conducted by absolute ignorants or that it is a fraud (but the quality of the research is now such that the two are even synergistic). There is also the incorrect or sloppy study method in which Christian Drosten shines, one of the major pandemic animators best known in Germany and whose protocol was accepted by the WHO even before it was sent. 22 scientists presented a review of which protocol in which they denounce the serious scientific errors committed by Drosten. Serious errors, however, which allowed to literally "create" the pandemic: in the PCR test, the RNA molecules are first converted into DNA and then doubled until sufficient material is produced that can be recognized. Drosten's article talks about 45 doubling cycles. But in reality, no replicating viruses can be found in any of the samples that take more than 25 cycles to get a reaction. 25 cycles already means a multiplication by 2 to the power of 25, that is 33 million times. So we have had a pandemic of false positives and we continue to calmly have it. due to international organizations that continue to rely on blatant errors that perhaps from the start were just lies. Prof Franz Allergerger, head of the Austrian health agency recently challenged these authorities now devoid of any authority and even any intellectual honesty by saying that: "Without the PCR test, we would not have noticed the pandemic". But we would not even have noticed the extreme corruption of a science.