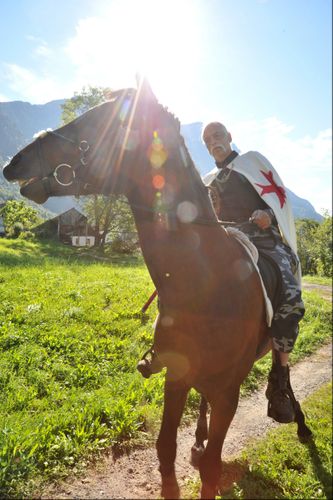 "A ray of sunshine is enough to sweep away many shadows" St. Francis.

We avoid death in small doses,remembering always that to be aliveIt requires an effort far greaterthe simple act of breathing.Only a burning patience will lead to the achievementof a splendid happiness.The class of the poet-painter-warriors is one that collects all those who wish to change the world, to make it more human, or more understandable, or more enjoyable. It 'a class by more blurred boundaries, which may include individuals even pervaded by a mystique voltage or, alternatively, revolutionary.They continue to struggle, far behind, trying to preserve the unique value that is just: the autonomy and freedom of thinking, feeling, drawing, dreaming the world for RE-CREATE IT with and Ethics and Virtue which measure the value of our very existence, "the first commitment figure."Yes, for you it seems simple, almost predictable. Nor do you have difficulty. So, lightly. Lightly smile, ghignate with your self-righteous look, with your plastic eyes. For you it is easy, for you it's all easy. Life for you is easy, love for you is easy, the night for you is easy. Even breathe.And the wind? And the stars, the peaks and clouds of superb superb skies? And the horizon? The sea, the dawns and the dusks from vermilion streaks? And the sands, the oceans, the stony rocks and endless peaks?Everything for you is granted.Everything for you is understandable.Everything for you is explainable.You believe in the laws, you worship laws. And basking in the rules, in harmful practices. Love positions, you like systems.And that's your future. Oh, how you love the future! And the past, as you wish!Titles, categories, appellations. Us refuse.Labels, grids, patterns. Not for us.Consult this thought who wants to hear, who burns, who burns with passion.Consult this thought who has the audacity to leave, to wander the world without first and then not.Consult this thought who fears fear, who rejects the feathers and soft pillows.I will follow my course in LifeAnd lambirò bordersthis ocean of CrowdArrancherò long brown desertand thou shalt I hear my footstepson the serious ridges of mountain rockPagan or sacredI have dipped my sword.I will take her, proudly, in the heartAnd nervesI nourish souls.And nervesIntonerò my song.Come at and leave theeashoreread me and you will get upfrom the groundUnderstand Me and walk,together from Pari.